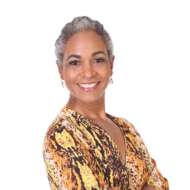 Encouraging empathy in your organisation

While facilitating an online conversation among a few high-profile women, during Women’s Month last year, one of the issues that came up was the fact that so many organisations have become cold places where people are treated as numbers, instead of human beings with emotions. The conversation did of course lean toward the need to create the space for the nurturing nature of women to flourish. I have always been a firm believer in the balancing of the male and female energies in an organisation to achieve a healthy culture. The fact that we have allowed the imbalance that has created cold, ruthless organisations to prevail, is quite an indictment. The pursuit for constant growth combined with greed are probably the most obvious root causes.

The Covid-19 pandemic and related lockdowns around the globe has put a spotlight on the need for empathy. Many have been able to display great empathy, while others have been struggling. I suspect that those organisations that have typically been bottom line driven, would have found it a lot more difficult to deal with the levels of empathy required in dealing with employees who suddenly had to go into a mini diaspora, while dealing with the inevitable bereavement that accompanied the virus as it wreaked havoc.

In addition, size often matters. In smaller organisations people tend to be closer to each other as they are a lot more interdependent, and it is therefore easier to create an empathic culture. It is much more difficult in bigger organisations where people often feel like they are just a number and easily replaceable. Human nature is also such that we tend to have greater empathy for those in our line of sight, but more particularly, those we consider to be in our group. The further people are from us, the more difficult it becomes to feel the same level of empathy. People can pass each other in the passageway, without seeing the other person as part of the team they should have an empathic relationship with. We also tend to instinctively try to avoid empathy overload as it can be very stressful when you feel the pain of too many people at once. People generally attempt to preserve themselves by avoiding sensory and emotional overload.

However, not making an effort to increase empathy in the workplace does have consequences. There is a strong correlation between performance and empathy in the workplace. Where there is more empathy, effective communication and improved human connections tend to be more prevalent. Leaders who want to see increased performance should therefore put more effort into creating an emphatic atmosphere in their spheres of influence. There is of course also the consideration of the ethical implications of scenarios devoid of empathy, such as work overload and verbal abuse.

A study done and released by Businessolver in 2017 revealed some interesting date that point to a need to increase empathy in the workplace. Although the study was done in the US, it has implications for organisations all over the world.

The study did however show a disconnect between what the leadership thought of the organisational culture and what the employees thought. Only 48% of the employees believe companies as a whole are empathic, versus 68% of CEOs.

In order to create an empathic culture in the organisation, the leadership cannot be passive and hope that the culture will shape itself into what is desired. The tone is set at the top, but there are a number of interventions that may be helpful in empathy becoming central to the culture of the organisation. These include:

Building an empathic culture is not something that happens overnight, especially if the leadership has allowed the culture to become one that is cut-throat. One therefore needs to be patient and understand that it is a long-term project. It is however also not a once-off project. Once the desired level is achieved, the same amount of effort is needed to maintain it. 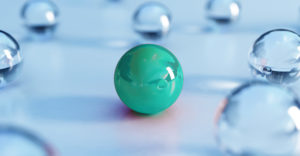